To playing IPL cricket match, every year make IPL cricket team list in our country. And this team would be a various state that participates in the IPL cricket Match. Due to his popularity, IPL(Indian premier league) cricket match is famous in the world. I am going to explain a brief introduction to the IPL teams list.

IPL teams name basically decides to behalf of state and city name of our country. There are many IPL teams in our country which we want to explain in detail so that you could get more information about the list of IPL teams

Chennai super King has specifically placed in the field of IPL cricket match or IPL teams list. Because in Indian premier league 2008, Chennai super king(CSK) was runners-up winner. And Chennai Super Kings is best performer teams in the IPL series 2008 to 2018. This team has won three championship trophy in 2010,20011 and 2018 in the IPL cricket match. Mahendra Singh Dhoni who has leded the team to 3 time victories since 2008 with the help of  coache Stephen Fleming

Mahendra Singh Dhoni is the captain of Captain of Chennai super kings.

The coach of Chennai Super Kings is Stephen Fleming

The captain of Delhi Daredevils is Shreyas Iyer. And he is Good batman.

The Owner of the Delhi Daredevils team is GRM Groups. It is an industrial company and its headquarter located in Bangalore.

The coach of Delhi daredevils teams is Ricky Ponting . And, he is an Australian cricket player.

King XI Punjab is a franchise base cricket team in IPL. It team represents to Mohali city(Chandigarh). This team are stabilized for IPL in 2008. King XI Punjab best performer team in IPL but he never wins IPL final championship. His home playground of Mohali stadium.

Ravindra Chandra Ashwin is the captain of King XI Punjab. And he is a good bowler and batsman both in the international cricket match.

The owner of king XI Punjab is KPJ dream private limited. Which there are many businessmen participate like Preity Zinta, Ness Wadia, Mohit Burman, the Oberoi group and Karan Paul.

The Coach of king XI Punjab is Mike Hasson.

Kolkata Knight Riders are franchises IPL cricket team. That directly represent to Kolkata city of the India premier league. Its short name is (KKR). His home stadium is Eden Garden. It is the biggest cricket stadium in India. And the second biggest stadium of a world according to seating capacity. The first time, Kolkata Knight Riders won the final IPL 20-20 cricket match championship in 2012 defeating the Chennai super kings and repeated in 2014 defeating king XI  Punjab. This is a better performer team in IPL 20-20 cricket match.

Owner of Kolkata Knight Riders is not a single owner. There are many people include in like Shahrukh Khan, Chillies Entertainment, Juhi Chawla, Jai Mehta.

Jacques Kallis is the Coach of Kolkata Knight Riders team.

Rohit Sharma is the captain of Mumbai Indian team. He is the best Indian cricket player in the one day or 20-20 and international cricket match.

The owner of the Mumbai Indian team is Mukesh Ambani (Reliance industry).

Mahela Jayawardene is the Coach of the Mumbai Indian team. 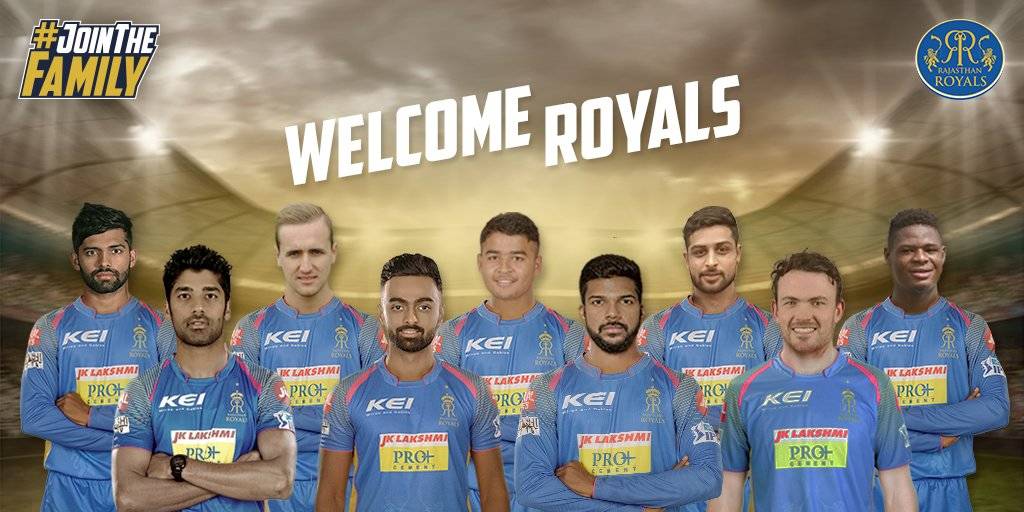 Ajinkya Rahane is the captain of Rajasthan Royals teams. His nicknames are Ajju, Jinx. And he is a better performer batman in India national cricket team.

Manoj badly is the owner of Rajasthan Royals team.

Royals Challenger Bangalore is a Franchise cricket team. There are many people also knows as RCB. Its teams are represented Bangalore,  Karnataka. This is a better performer team but he does never win the IPL championship league. And, the home ground of Royals Challengers Bangalore is M. Chinnaswamy stadium.

Virat Kohli is the captain of Royals Challengers Bangalore teams

Gary Kirsten is the coach of Royals Challengers Bangalore.

Kalanithi Maran is the Owner of Sunrisers Hyderabad.

Tom Mody is the captain of sunrises Hyderabad.

However, I have explained important fact about Indian premier league. And, Indian premier league is ideas to promote local cricket player for a higher level. Because IPL gives more opportunity for state player so that he could appear his playing skills in a national cricket match. And this Article provide you some information about IPl like as IPL teams list, the name of IPL teams, every team’s captain etc. Therefore I suggest that you could read this information It may be beneficial for IPL cricket, match.