Shubh Sahota AKA Trending star is in the industry and he is known as the emerging star of Uttarakhand. He was born on 30 September 1994 in Devbhoomi, His Father’s name is Mr. Rajkumar Sahota, and his mother’s name is Mrs. Renu Sahota. Shubh Sahota completes his graduation from Khairgarh University,  He is revealing his talents playing multiple roles for making his name with Talents Because  (Singer, Composer, songs writer, Performer.

Why Shubh Sahota is So loved by Fans

Firstly Punjabi singer Shubh Sahota has the Purest soul Secondly he always admires other Talented stars and supports them as you can check his Facebook account u will see his supportive Timeline. Recently he came on Twitter account to follow him to see his update of new upcoming songs, most of his pictures and new updates about his songs and life, follow his Instagram account Thirdly, Shubh Sahota Trending star has an interest in music childhood after his studies After that he started his carrier as a Singer, Songwriter as well as Composer too. After his outstanding success now he is a well-known Songwriter, composer, musician. Shubh has a Trending Youtube channel where he is uploading New songs. You must visit his channel and subscribe to him for more updates.

He is part of  Guru Nanak’s Philosophy. It is inspired by historical texts, In Conclusion, he called an Amazing Performer. Shubh Sahota is touched by Hinduism, he always takes part in Religion events as well as in many patriotic events and songs. Most Importantly he, give his music in some Amazing songs in the devotional form as well as he is a stylish and Down to earth man these words are said by his fans. Shubh performs his role as a composer, singer, performer in patriotic songs, Devotional songs, Punjabi songs, Gadwali songs, Romantic Hindi songs as well as he becomes Punjabi Trending Star.

Punjabi singer Shubh Sahota’s New Trending Song “Choti Choti Gallan” in the Punjabi Language is still Trending from the beginning in addition he is giving back-to-back Hit Songs to the industry. Shubh Sahota is getting fame very Quickly in Music Industry Because of his Multitalenting nature and making his huge fan following All Over World for instance.

Some basic Details about Shubh Sahota

Shubh Sahota Composed his with T series, Plunex Studio like Huge Platforms where Shubh Sahota Give Touching magical voice Songs. You can listen his all Songs on Youtube music,

Some Amazing Facts about Shubh Sahota-

Shubh Sahota is very active on his Social media Accounts and he is uploading His new upcoming Songs On His Youtube Channel. 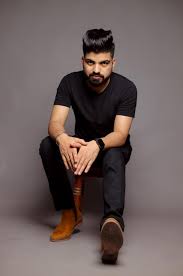